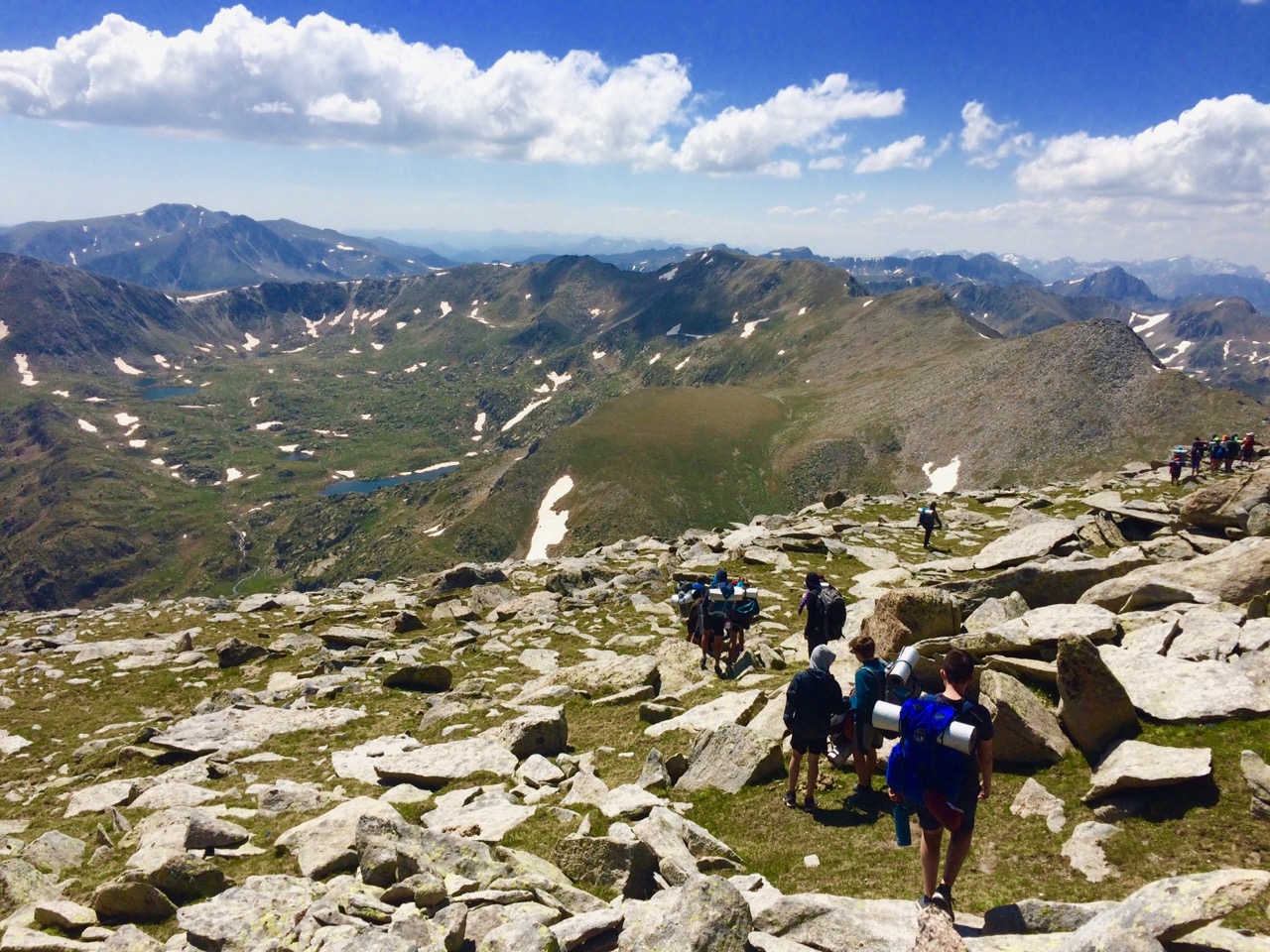 Toni and Hannah explained to us what did we have to bring for the trip. We made a list and hung it up in our tent, while we were writing the list we started to realize that we had to take lots of things, meaning that our bag would be heavy. We were dieing of excitement and nerviosism.

Weaking up earlier than normal is hard, we were so tired, but we had to start packing. We put all the things we needed in our bag, including the food we waned cook in the evening. We started walking up the hill feeling hungry and worried because we felt that we had left something at the camp.About 40 minutes later we had breakfast in La Feixa refuge, then we walk till we arrived to the Malniu lake, but no longer with our stomachs empty. Walking on very steep and rocky paths, we were tired  but we made ourselves happy by singing; even though it was hard climbing up the mountain.

In the middle of the route we found liconice roots that gave us energy to continue and to keep going.Half way to Puigpedrós we ate, some of us one sandwich, some others ate two; we were so hungry that some people said it was the best lunch they had in their lives! When we finally reached the top all of us were extremely happy, very proud of ourselves and really satisfied that we made it!The weather was cold and windy that we had to put our jumpers on. The views were amazing, it was definitely worth getting to the top.

By 4pm the other campers started leaving and we had to walk to the refuge. It was hard and tiring going downhill much more than we thought. We all arrived to the refuge fatigued, we started setting up the tents so we didn’t have to do it after. We rested while talking and laughing all together.

We cooked our own food, and finally we ate dinner, it was definitely worth waiting. We played lots of games and had fun before going to bed. The sleep was good, but is was quite cold and there were a lot of cows nosies that didn’t let us sleep, also we were squeezed in like sardines. 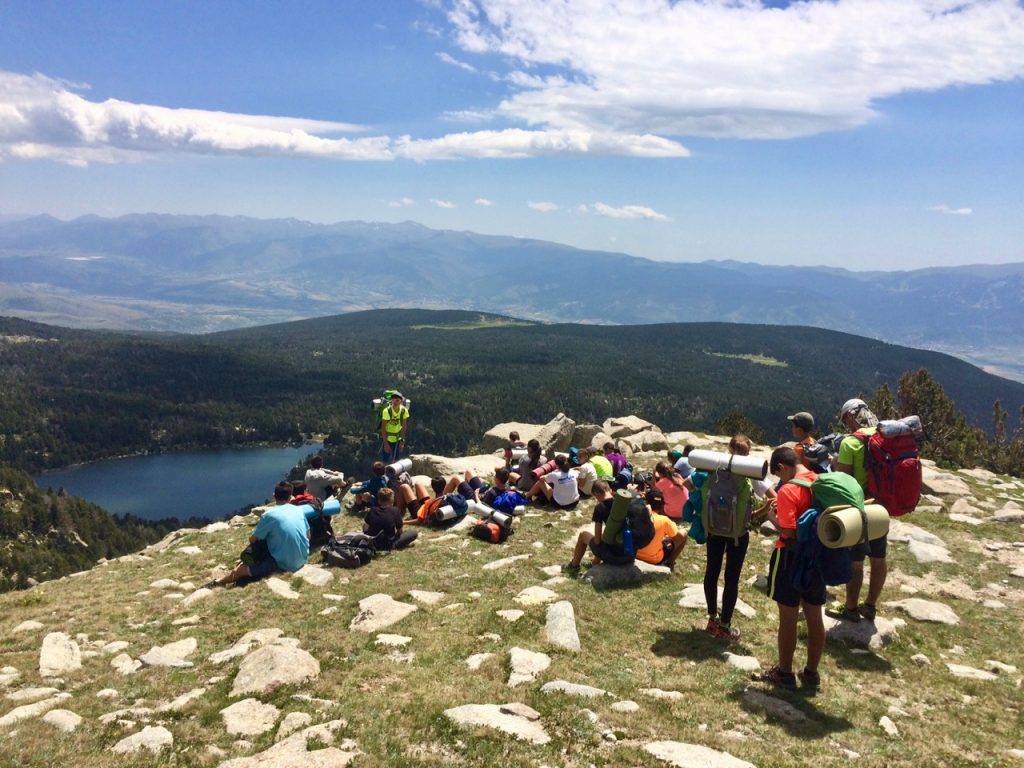 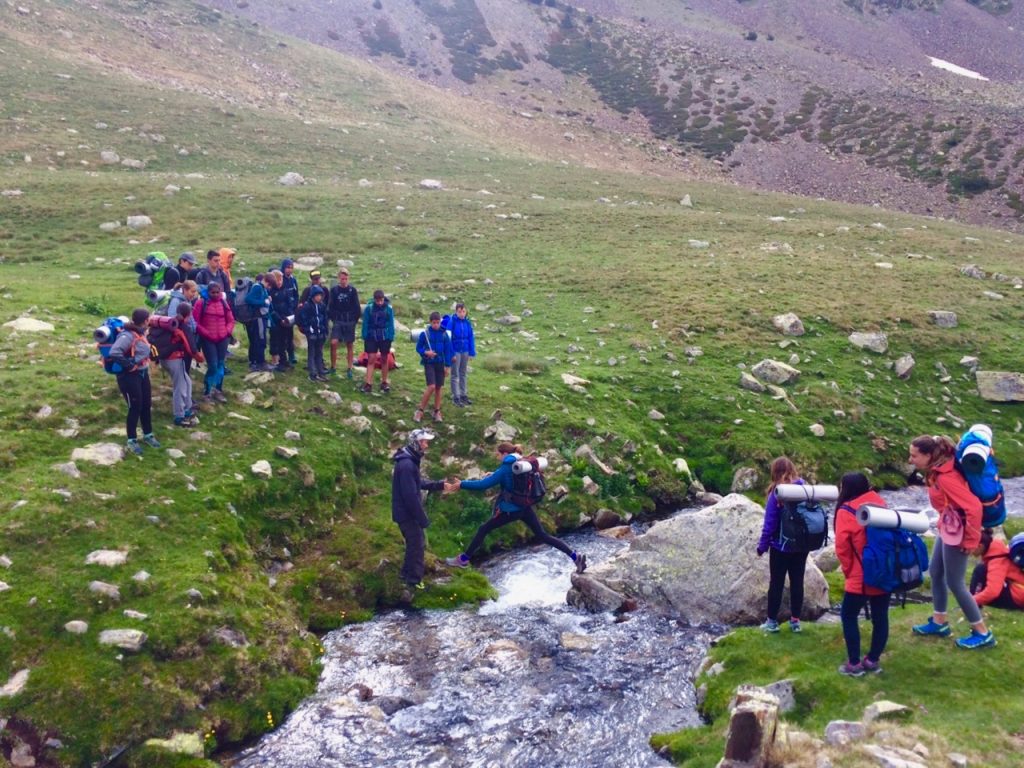 We woke up at 7:45 am, packed and started walking again to the camp. We ate breakfast and walked again but with more purpose and energy. We (Rita, Ona, Tània and Isis) arrived first! The best thing about arriving was pooping and peeing again in a toilet. It was a new experience for most of us, we had loads of fun and had a chance to get to know each other more. 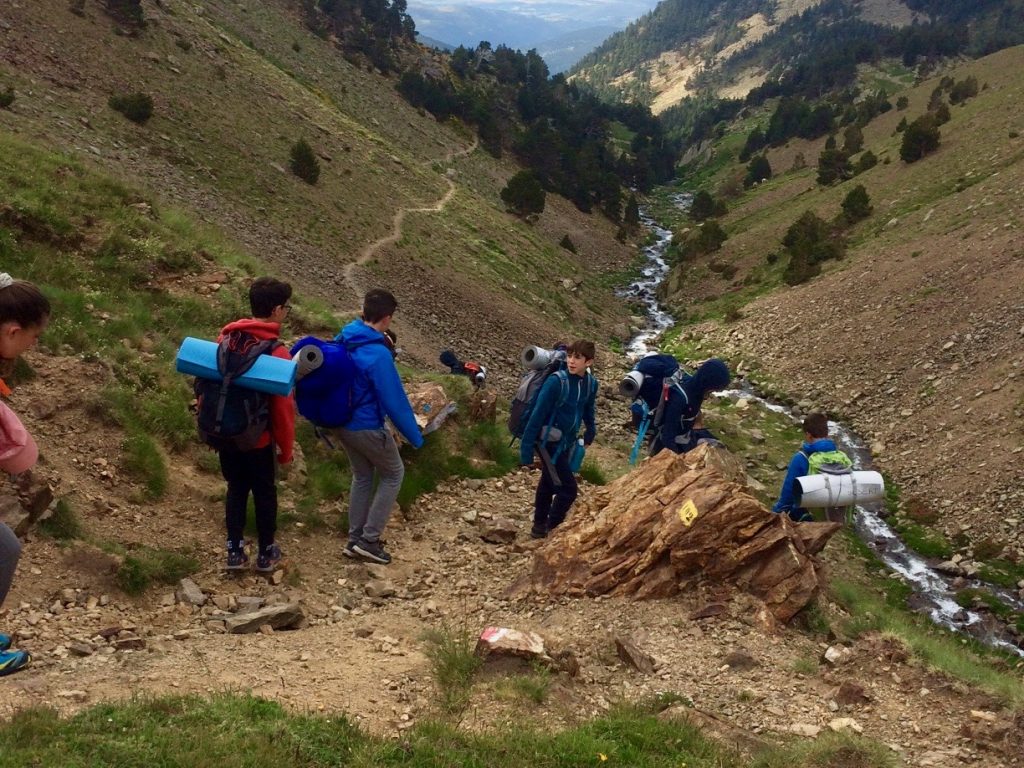 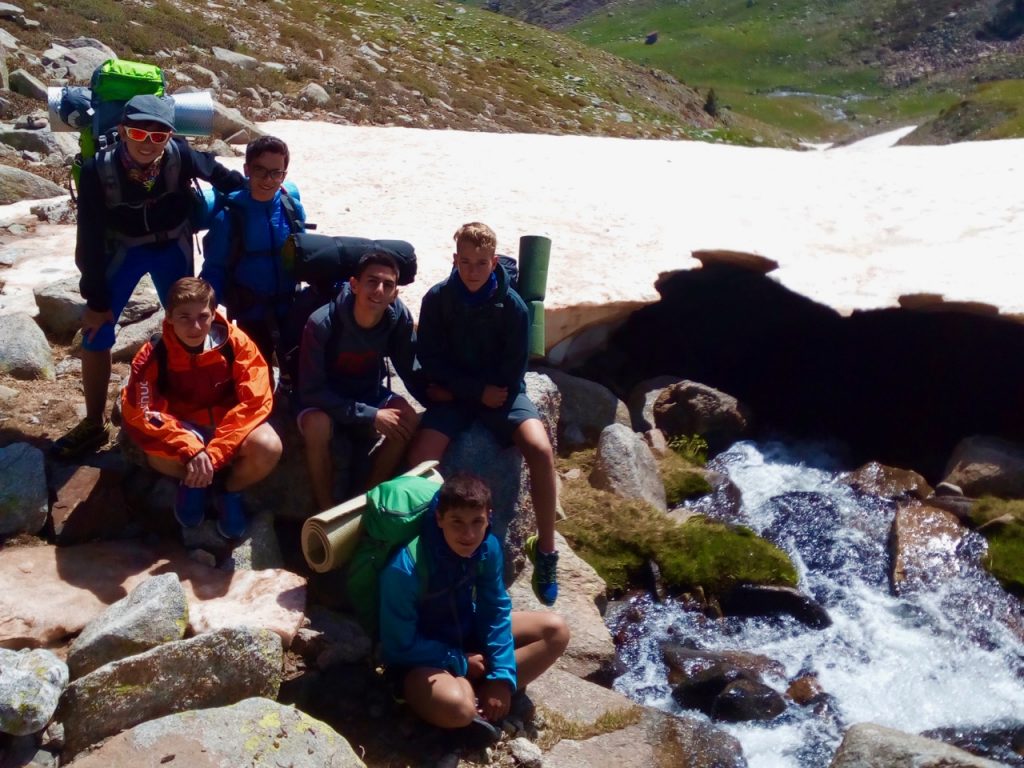 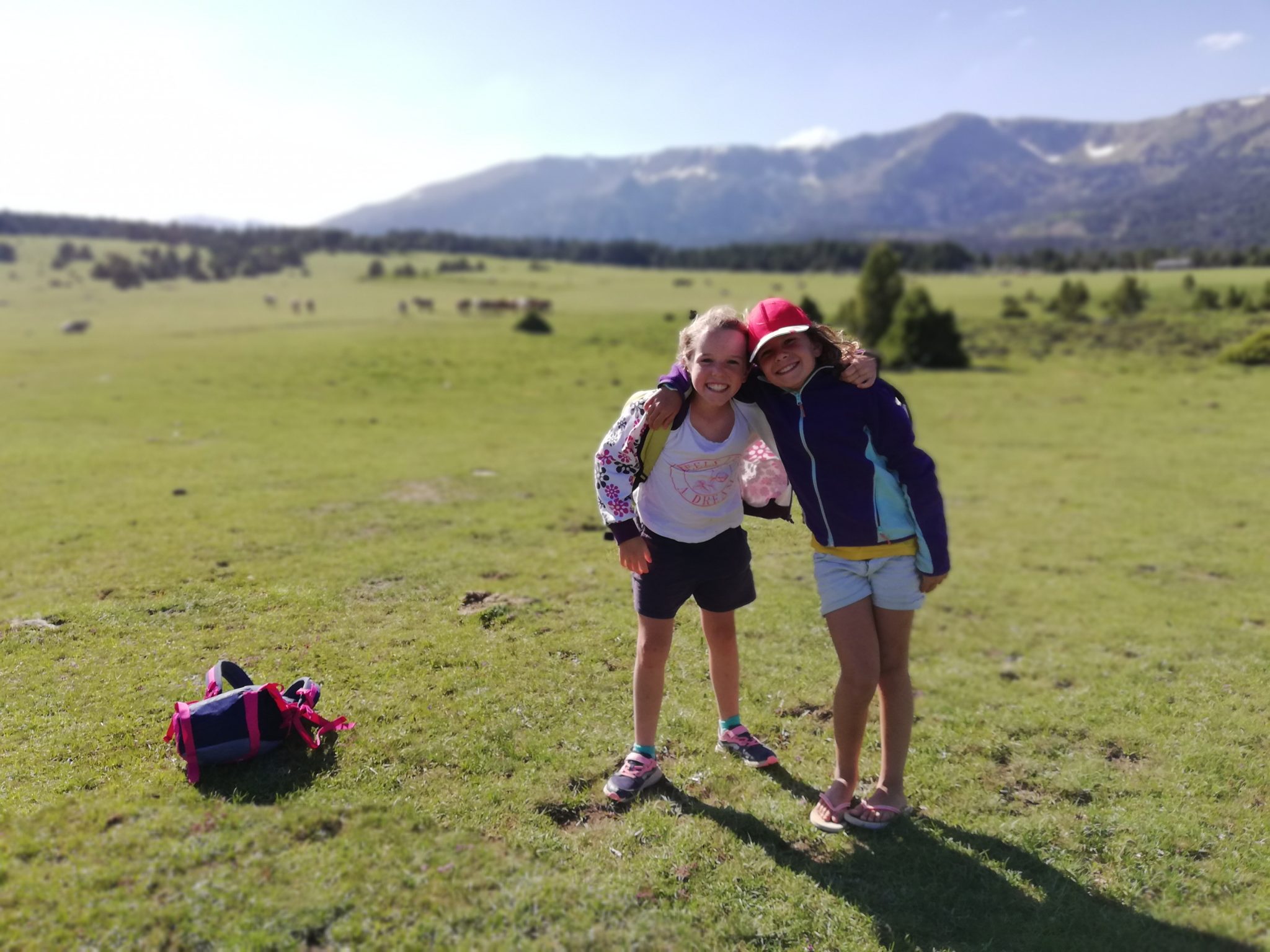